Movie Search Android Application was created. Figures below show screenshots of the UI of the android in order to have clear on picture on the functions of the app. 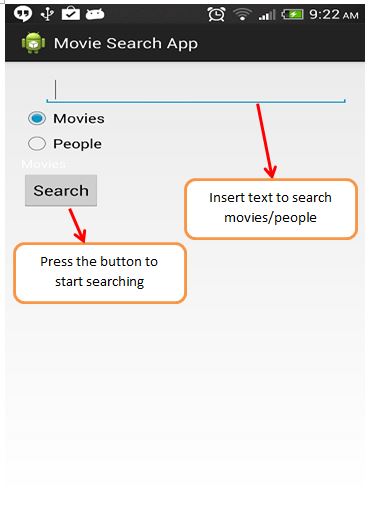 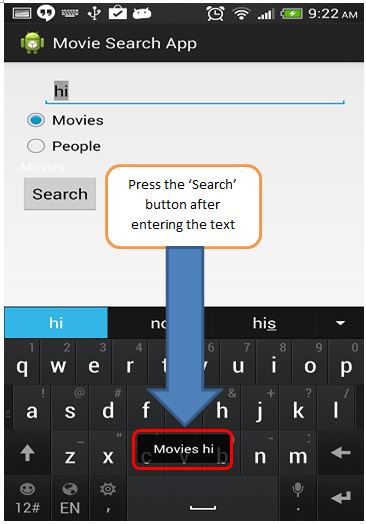 In the initial development, Toast method was used to show the popup message after pressing the search button. There are two types of layout: relative layout and linear layout.

In activity_main.xml code, the ‘RelativeLayout’is changed to the ‘LinearLayout’. The layout is set in vertical orientation as shown in the figure below.

A radiogroup was created to allow user to choose the options either movie or people. First of all, the id of the radiobuttons are set as shown below. The red circles is id of the widgets whereas the green circle is the text of the widgets. 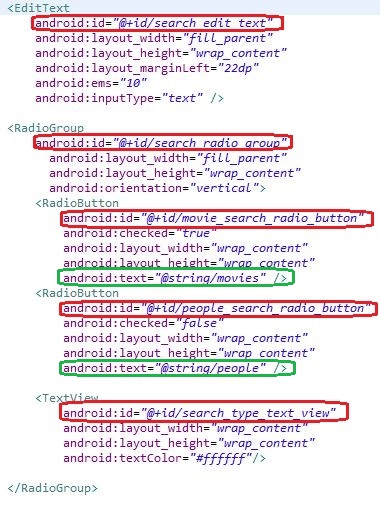 A button was created to allow user to search for a movie or people once user clicks on it.

All the text of the widgets was set in string.xml which is important for localization.

To shows the relationship between the MainActivity java and the xml file, the figure was drawn as shown in the figure below. 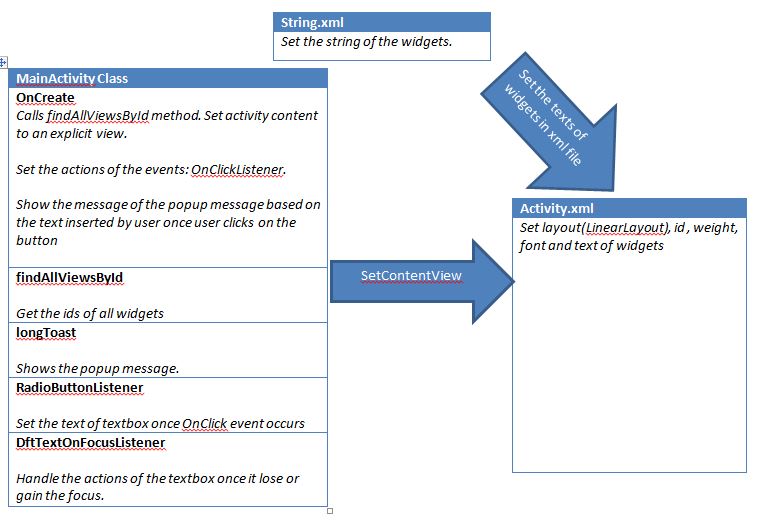